Can Conte stop the Gunners momentum? 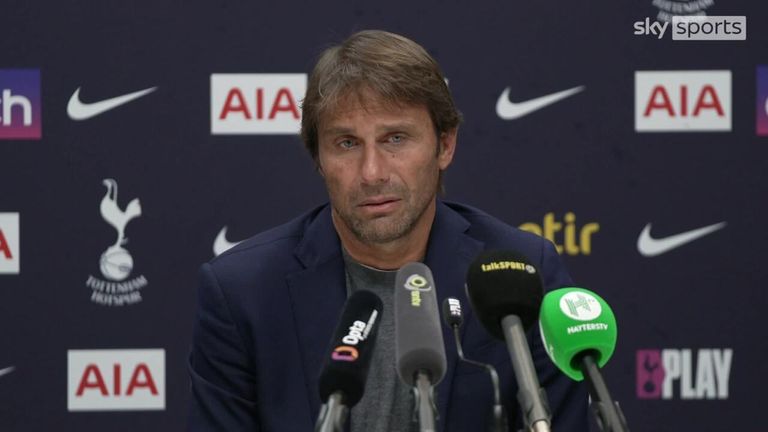 A battle is looming at the North of London when Tottenham host top of the table Arsenal at the Tottenham Hotspur Stadium.

Antonio Conte has failed to find the winning formula in the most crucial fixtures and another failure here will give his North London rivals a huge boost in their quest for a Premier League title that they have not laid their hands on in almost two decades. After nearly £200million worth of upgrades, the Italian still really hasn't fixed much of anything at Tottenham. On Sunday, Spurs host Arsenal at the Tottenham Hotspur Stadium for the north London derby and they know that as much as it is always difficult to win this fixture against their London rivals, it will even be more difficult on Sunday as they will be facing an Arsenal hungry for the Premier League title that they seem to be getting a hold on.

We’ve had Premier League clashes where both sides are fighting for the same European spot. North London’s two finest have more than once battled for the fourth and final Champions League spot their most recent encounter being in the final days of the previous season where Spurs emerged victorious over Arsenal. In this season's event, Arsenal are chasing the EPL trophy while Tottenham are chasing UEFA Champions League spots. Spurs are currently seated 5th in the table but somehow still find themselves ahead of Liverpool and Chelsea who are traditional members of the ‘top six’. Spurs have been having serious difficulties competing against their peers in the Premier League under Antonio Conte. The evidence so far shows they are not improving in direct confrontations the longer he spends at the club and the more he shapes the team to his liking.

Conte has presided over 12 games against the Premier League's big six since taking over after Nuno Espirito Santo's brief reign as manager. It’s a desperately poor record for a club who aspire to be among, if not above, at least a couple of those sides - and if Newcastle are soon to be more permanently added to the so-called “big” grouping, be it as a septet or a replacement for one of the others, it’s perhaps pertinent to note that Spurs lost that encounter on home soil this season as well. They haven’t beaten a side currently higher than seventh in the table all season. Even in the Champions League, when they advanced with three wins out of six, their victories came against Eintracht Frankfurt and Marseille, teams that are currently seventh and eighth in their respective domestic leagues.

It’s also notable that Conte's overall win rate at Spurs is just over 56 percent. Not since he left Siena in 2011 has he held a club job where he won fewer than six of every ten games. The harsh reality is that at Spurs, where silverware is longed-for and in some cases even ridiculously demanded, winning competitions remains somewhere between improbable and very difficult. Therefore, the Sunday game between Tottenham and Arsenal might be just a match in the Premier League but to Conte, it is more much than a north London derby.