Qatar 2022 FIFA World Cup; Winning the World Cup is a possibility for Africa. Mane is the best! 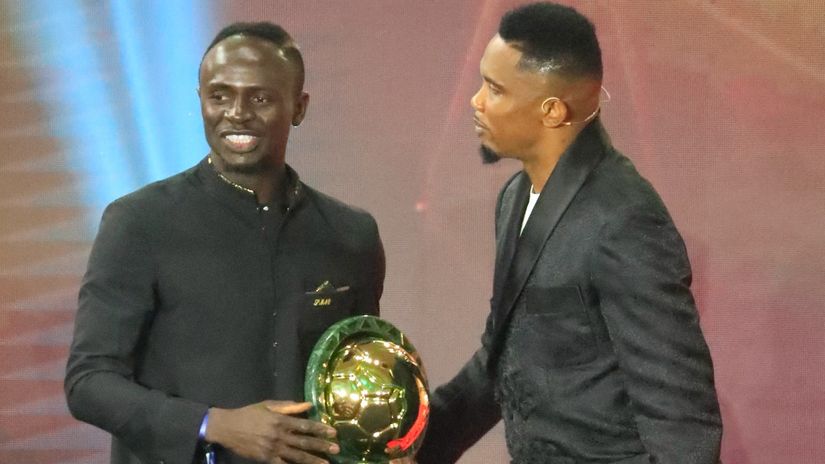 Africa can produce a World Cup winner just like the South American and European continents.

Football legend Samuel Etto'o who is a Qatar Legacy Ambassador and Supreme Committee and Legacy delegation are visiting three out of five African countries that are participating in this year’s Qatar 2022 FIFA World Cup. The three nations are Senegal, Cameroon, and Ghana. They are there to engage with the football federations, the supporters, and the media. The former Barcelona and African superstar just finished his visit of Senegal yesterday before he left for Ghana. The media members and football fans in all the three countries visited will be able to get all the information about the World Cup, the host nation Qatar, accommodation for those who wish to travel, and the fan experience that comes with the global showpiece event.

“I am here as a son of the continent. I decided to work with Qatar to make the World Cup better. Our only problem in Africa is that we don’t believe in ourselves. We have the best footballers in the world. Sadio Mane is an example of this. It is one of the best in the world. For me, it is even the best in the world. Winning the World Cup is possible for Africa. My dream is for Cameroon to win the trophy. But if it is Senegal, I will also be very happy. However, Africa must know that this is its world cup. We must respect everyone even if we have nothing to envy about others” said Eto'o. The former Inter Milan striker also commented on the topic of African teams having a mixture of local managers and foreign coaches. “Today, I am a happy president to have Rigobert Song as a coach. I am very delighted that the President of the Republic of Cameroon and his Government are supporting us in this direction. Here in Senegal, Aliou Cisse was contested. But there is also stability. In my own country, Senegal have been the champion of Africa. I like Senegal enormously. We must all protect Aliou Cisse to give us the best of ourselves. We have a confederation with 54 countries but we only have five qualifiers. With our 54 countries, we deserve more than 5 places. That’s not normal. The CAF must discuss this with Gianni Infantino to resolve this anomaly. There are confederations which have fewer countries but which have more places than us;" added Eto'o.

The president and owner of Napoli, Aurelio De Laurentiis made a very controversial statement in regards to African football when he said that African players signing for his club should sign documents that legally prevent them from traveling back to Africa for official duty when the European seasons were ongoing. Eto'o definitely had something to say about this statement, “Aliou Cisse has taken a stand. We are for defending African football. I have a better player playing in Napoli. If he is summoned, he will answer the call, no offense to the president of Napoli” said Eto’o. The African continent is hopeful that it will at one time produce a global champion in the FIFA World Cup and the 2022 edition in Qatar that begins on November 20th to December 18th presents such a chance!