Qatar FIFA World Cup: Argentina vs Croatia; will Messi make it to the final match tonight? 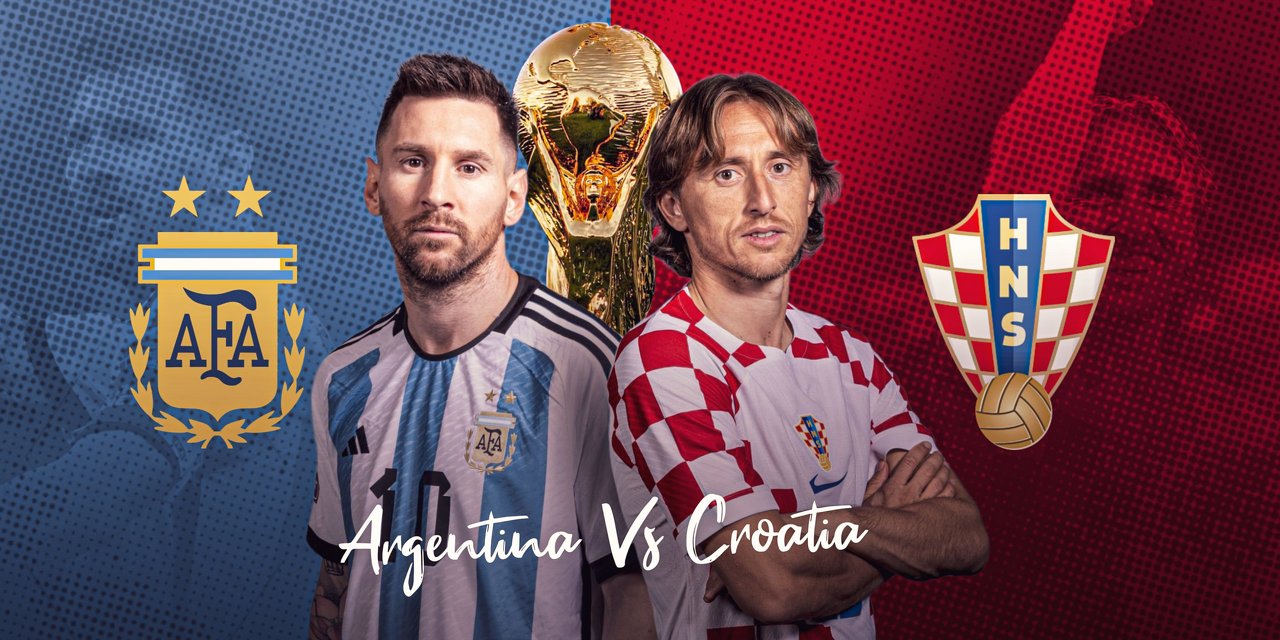 Argentina will be aiming to progress to their 6th world cup final when they face a defensive playing Croatia tonight at the Lusail Iconic Stadium.

Having already sent one South American football giant home, Croatia will be aiming yet again to send another world cup favorite packing when they meet with Argentina tonight. Lionel Messi will be looking forward to bringing the Argentina world cup dream a step closer to realization. he penalty prowess of both sides settled nervy quarter-final contests, as Zlatko Dalic's men dumped Brazil out on spot kicks a few hours before Argentina beat the Netherlands from 12 yards. With the help of Nahuel Molina and the calm penalty of seven-time Ballon d'Or winner Lionel Messi, Argentina appeared to be headed for the semi-finals. However, a late brace from Wout Weghorst, including an equalizer in the 100th minute, forced the unlikeliest of extra times.

The outcome of the match would be decided by yet another penalty shootout, and despite an astounding 17 yellow cards, Argentina maintained composure to win and move on to the semifinals. The footballing gods would have surely delivered an all-South American semi-final between Brazil and Argentina, and while that will not be the case for Lionel Scaloni's crop, the Copa America winners' record in World Cup semi-finals makes for very pleasant reading indeed. Argentina has never lost in the World Cup's semifinal and has advanced to the final game each time they have reached this stage. Their most recent being in the 2014 tournament, just before their painful loss to Germany in the last match.

Scaloni's gallant goalscorers enter the semi-finals having made the net ripple twice in each of their last four matches in all tournaments - scoring in each of their last 14 in total - but facing the staunch rearguard action of Croatia is a challenge that Messi and company must prepare for with due diligence. While Brazil was having trouble penetrating the infamously tough Croatia defense, Neymar took it upon himself to score a spectacular goal in the 106th minute, but Bruno Petkovic's shot found its way into the corner via a deflection in the 117th minute, forcing a 12-yard battle of nerves. Croatia would be in elite company if they can progress to the showpiece event - only Italy, the Netherlands, and Germany have ever reached back-to-back finals and Croatia will be hoping to add their names to the list which France will also be aiming to join tomorrow. Lionel Messi is expected to play the hero today like the star he is and make sure that Argentina advance to the Qatar 2022 FIFA World Cup final match as they await their moment of glory come 18th December 2022.