"I wanted to kill myself at Manchester," says Angel Di Maria's wife 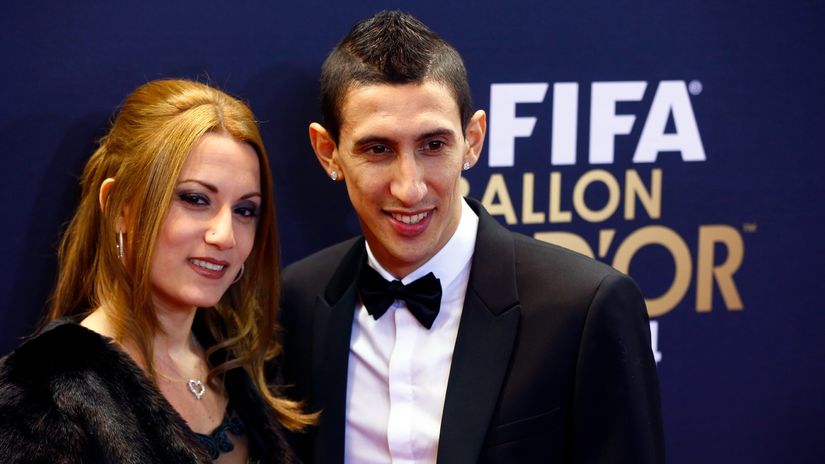 Argentine football star Angel Di Maria might have had a tough time at Manchester but apparently his wife was in a far much worse state.

Angel Di Maria is arguably one of the most talented and gifted footballers which is a common phenomenon in Argentina where he comes from. In his extensive career, the midfielder has played for Benfica Lisbon, Real Madrid, Manchester United, Paris Saint Germain, and now Juventus. He has won major trophies with all the clubs he has played for but Manchester United including the Champions League and local league titles. The Argentine moved to Old Trafford from Santiago Bernabeu following a 60 million euros deal reached between Real Madrid and Manchester United. Things did not work out for him, however, in United and just barely a year in his contract, he moved along to the French capital to play for Paris Saint Germain. Di Maria explained that he did not get along well with his then-manager Louis Van Gaal things got from bad to worse when he fell victim to an attempted break-up at his Manchester home.

His wife Jorgelina Cardoso now reveals how life was for her in England and it seems like she was having a rough patch just like her husband. While giving an interview with an Argentine television channel LAM, she talked about the transfer from Real Madrid to Manchester United and what transpired after they made the move. “Angel came to me one day and said: "Look at this proposal from Manchester United". I didn't want to go, I told him to go alone. "Let's go both of us", he replied. It was a lot of money, more than the Spaniards had offered. So, we went. If you work in a company and someone offers you double the salary, you go running. We were friends with Gianinna Maradona, Sergio Aguero's wife, and we traveled to Manchester on vacation for a year. It was always horrible! We came home and I said: "If you're ever transferred, make sure it's anywhere in the world but England" recalls Cardoso. Her worst nightmare came to pass as they ended up in England and in Manchester in particular where her house was tried to be robbed while she was inside with her children.

"I didn't like it at all... I can tell you. People are all weird. You walk around and you don't know if they're going to kill you. The food is disgusting. The women look like porcelain. Angel and I were in Madrid, at the best team in the world, with perfect food, perfect weather, everything was perfect. And then came United's proposal....'I told him "no way, no way", but he kept saying we will be a little more financially secure and we have to go. We fought about it... We try to be closer when things go wrong. I don't blame him for going there. It was horrible, so horrible. I just told him, “Darling, I want to kill myself, it's nighttime at two o'clock,” said Cardoso. They then moved to Paris when Di Maria received an offer from PSG and according to the football star, Argentines mostly loved to live in the particular city. Angel Di Maria left PSG in tears as he went on to Juventus when the Parisians declined to offer him another contract in June.
(Photo by Reuters)