QATAR FIFA WORLD CUP 2022: Uruguay vs South Korea; The two time world Champion will be facing Korea in their first game of the 2022 World cup. 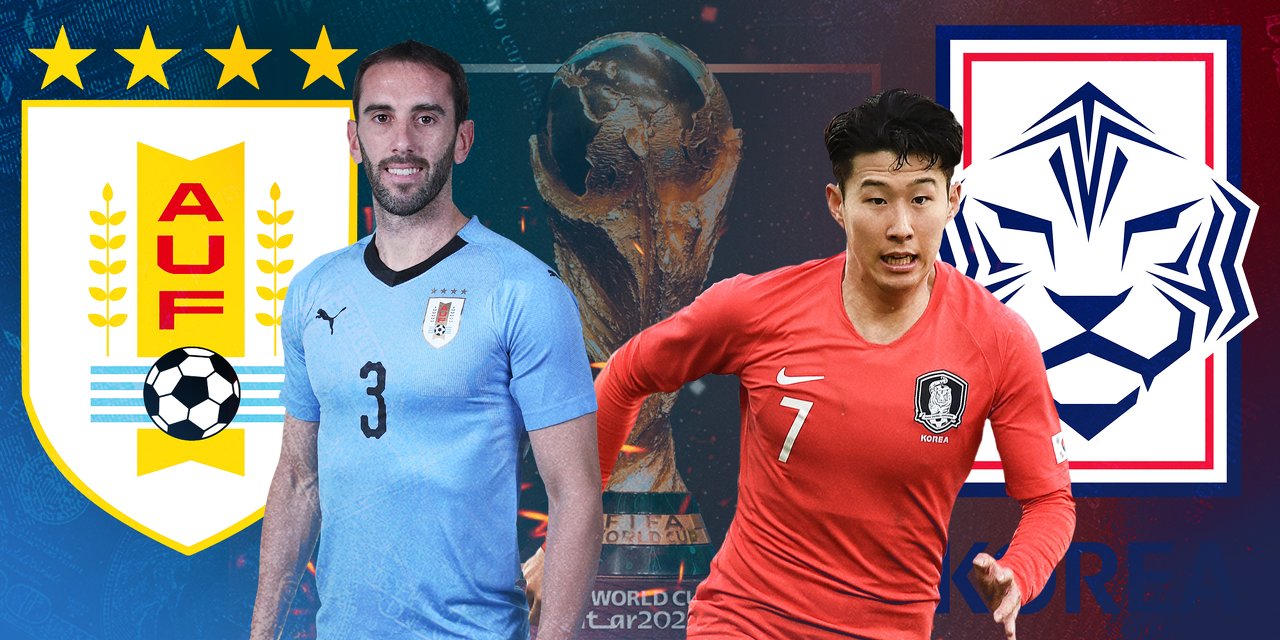 Asian giants South Korea will be the opening test for Uruguay who take an experienced side to the 2022 World Cup.

Two-time winners Uruguay open their 2022 World Cup campaign against South Korea at the Education City Stadium on Thursday. La Celeste have been in excellent form since Diego Alonso took over from Oscar Tabarez at the end of last year. The sacking of Tabarez as Uruguay boss following 15 years in the job has thrown their preparation into disarray, despite the positive results they are getting on the pitch. Alonso has come in and completely transformed a side which was on the floor following some woeful results in South American qualifying, but he still does not know his best starting XI or best system. Tabarez was dismissed as manager with qualification in serious doubt after four successive defeats, including a humiliating 4-1 loss in Brazil and a 3-0 defeat away in the notoriously difficult altitude of Bolivia. However, with four qualifiers left after the New Year, Alonso came in and won all four, with impressive away wins to Chile and Paraguay being the highlights, and Luis Suarez still at the centre of everything good in the national side. Getting the best out of their wide array of attacking options will be important, and Suarez, Darwin Nunez, Edinson Cavani and Maxi Gomez have all been among the goals this year, with Uruguay averaging two goals per game.

In addition to this, the worst possible turn of events struck the side on the eve of the tournament, with Son Heung-min going off injured in the Champions League, requiring surgery on a fractured eye socket. He has stated he will do whatever it takes to play, because without him, it will affect South Korea both mentally and ability-wise on the pitch. If manager Paulo Bento opts to risk him from the start, there is also the chance he will not be 100% having had such a disruptive preparation to the tournament. With their attacking star a doubt, that will put more pressure on their solid defence, but after conceding just three goals in their 10 AFC final stage qualifiers, they have proved they can be relied upon. Despite their famous win over Germany in Russia, they were left massively disappointed following losses to Mexico and Sweden which saw them eliminated at the group stage. They find themselves in a very competitive group once again in which they will need to cause at least one upset if they are to progress.

World Cup dark horses Uruguay will be expecting to get their Group G campaign off to a winning start when they face South Korea in Education City. Scores Uruguay 0 vs South Korea 0