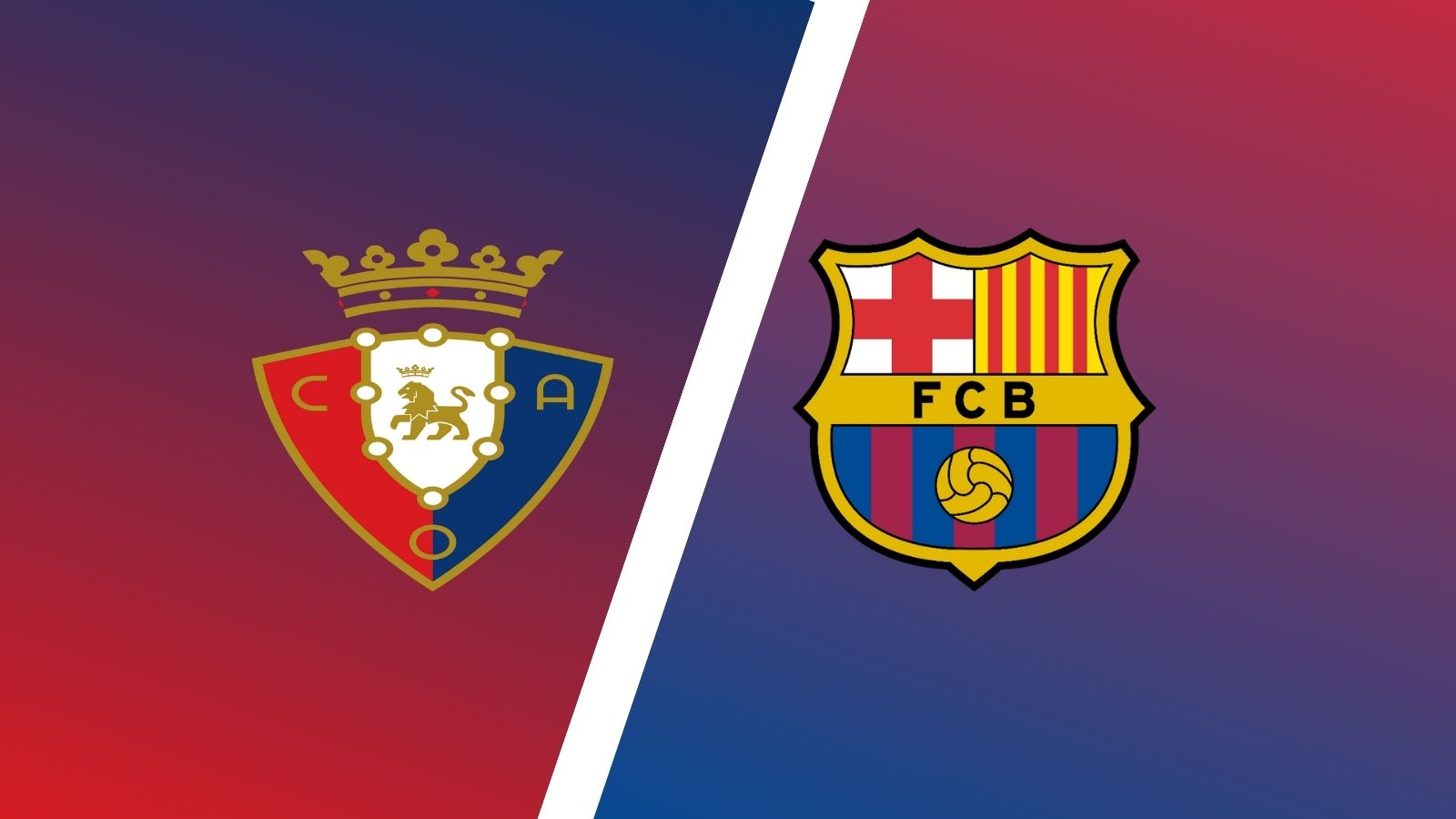 Barcelona's final match before the campaign breaks for the World Cup will take place at Estadio El Sadar on Tuesday night, with high-flying Osasuna welcoming the Catalan giants in La Liga.

Barcelona will enter the match off the back of a 2-0 victory over Almeria on Saturday, while the hosts beat Celta Vigo 2-1 to make it 10 points from their last four matches during a strong run of form. Since losing 2-0 at Villarreal on October 17, Osasuna have beaten Espanyol, Real Valladolid, and Celta in the league, in addition to drawing 1-1 with Girona, and the strong run has seen them move into the fifth spot in the table. Osasuna have won seven, drawn two and lost four of their 13 league games this season to collect 23 points, which has left them level with third-placed Atletico Madrid.

Osasuna, who have another game against Fuentes in the Copa del Rey on Saturday, suffered a 4-0 defeat in their last clash with Barcelona back in March, but the points were shared in a 2-2 draw at Estadio El Sadar last term. The Catalan giants, meanwhile, will enter the match off the back of a 2-0 victory over Almeria on Saturday night, with Gerard Pique bidding farewell to Camp Nou, as he prepares to retire from professional football. ique captained the Catalan giants on what was an emotional night for the center-back, and Xavi's side managed to secure an important three points with the result moving them back to the top of the table.

Barcelona are currently two points clear of second-placed and their arch-rivals Real Madrid. There is no getting away from the fact that Barcelona were hugely disappointing in the Champions League, but they have been excellent in the league this season, winning 11, drawing one, and losing one of their 13 matches, scoring 31 times and conceding just four in the process. Barcelona will be targeting La Liga, Europa League and Copa del Rey success in the second half of the campaign, and it will be fascinating to see what the team can achieve this term, especially as more business during the January transfer window cannot be ruled out.