Fans interrupt minute of silence for Her Majesty with boos 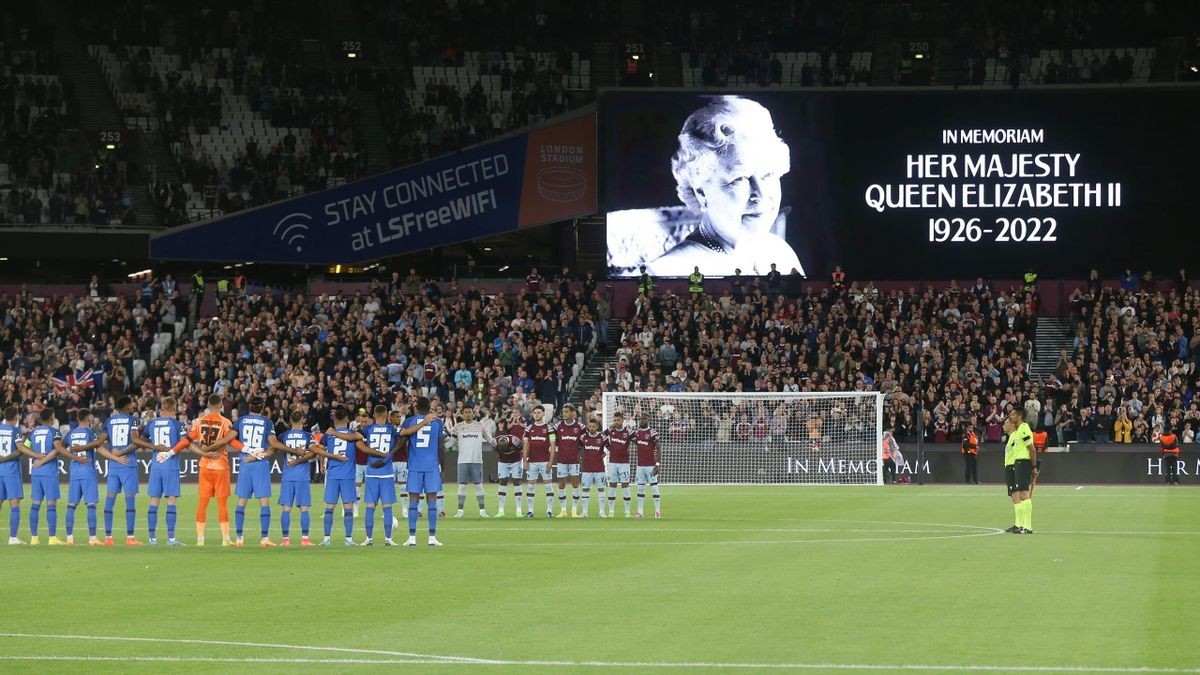 During the moment of silence for Her Majesty The Queen before the Premier League match between Everton and West Ham, some supporters at Goodison Park booed. Following the Queen's passing last week, respects have been given across the top division and the nation, with managers leading teams out before a minute of silence and the national anthem. Clubs were given a chance to "pay tribute to Her Majesty Queen Elizabeth II" during each game of the weekend of September 16–18, following directives from the Premier League. Download the SokaPro App to enjoy real-time live score results. The services have generally been carried out well, although some supporters have interfered at different stadiums, with the biggest demonstrations taking place at Anfield prior to Liverpool's Champions League match against Ajax last week.

Boos were also heard before Tottenham's 6-2 victory over Leicester City on Saturday, and shouting fans interrupted the minute of silence against in the game at Dundee United. SokaPro App. Goodison Park was the latest ground where boos could be heard while both teams lined up to pay their respects ahead of their clash. Before the minute of silence, which some fans interrupted, Frank Lampard and David Moyes both placed a wreath of flowers in the center circle to respect Queen Elizabeth II. There were numerous tributes throughout the Football League as well. Before Middlesbrough's game against Cardiff City at the Riverside Stadium, for instance, a picture of Her Majesty Queen Elizabeth II was displayed on the scoreboard.

Ipswich Town's match program for their match versus Bristol Rovers in League One was blacked out. They added a dedication to Her Majesty Queen Elizabeth II on the reverse cover. The decision by the Football Association to suspend play the previous weekend despite government instructions suggesting there was no requirement to do so has elicited a varied reaction from people throughout the nation. Download the SokaPro App to catch the latest sporting news. Other sports, including rugby union and rugby league, continued with their fixtures. The English-South African Test cricket match at the Kia Oval was suspended on Friday but resumed on Saturday after a moment of silence and a moving performance of "God Save the King" in honor of the accession of King Charles III.

In England, non-league games were played on Monday night, but top teams didn't play again until Tuesday. On Wednesday, matches in the Champions League involving Chelsea, Manchester City, Rangers, and Celtic will take place. Due to limited police resources during the Scottish portion of the Queen's mourning period, the Rangers vs. Napoli game at Ibrox was postponed from Tuesday night to Wednesday night.