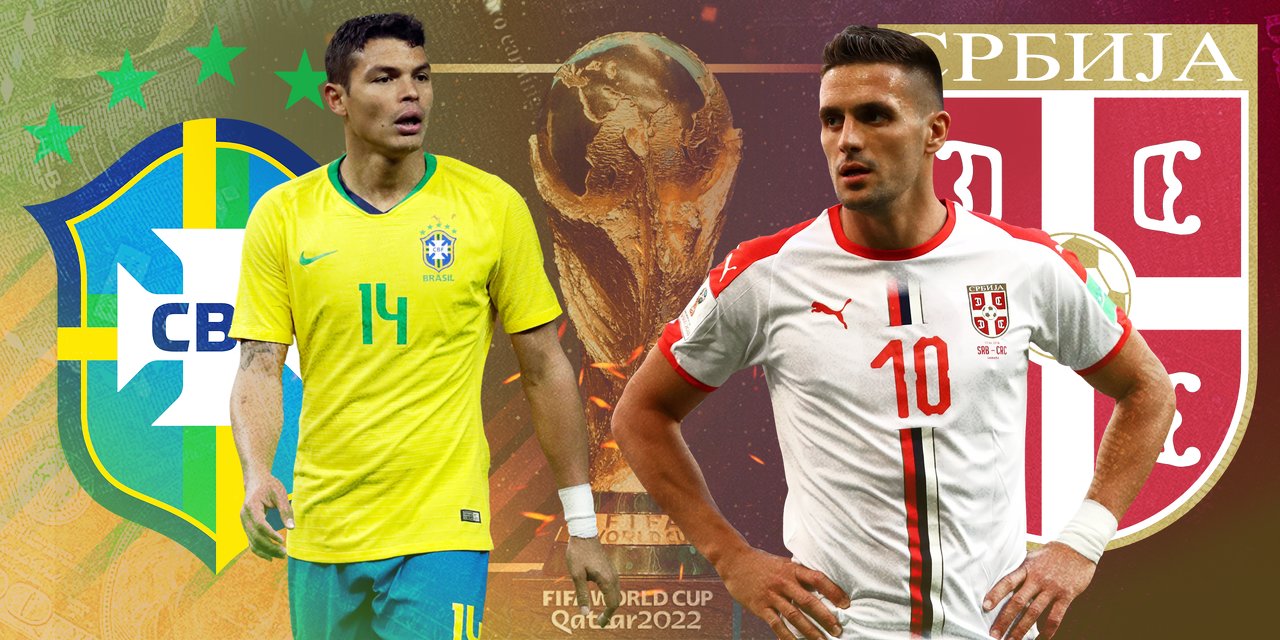 Brazil will be looking to avoid an upset that befell their South American counterparts Argentina when they face Serbia tonight at the Lusail International Stadium.

Brazil are regarded by many as the favourites to go all the way in the Qatar FIFA World Cup. They are the five-time world champions and they will begin their campaign against Serbia at the Lusail Stadium later tonight. The two nations will renew acquaintances with one another after locking horns in the group stage four years ago, where Brazil came out on top with a 2-0 victory. Brazil arrived in Qatar as the only nation in World Cup history to have qualified for every tournament since the first edition in 1930.

Brazil had a successful CONMEBOL qualification journey collecting 45 points after winning 14 of their 17 games and drawing the remaining 3 matches. They rarely struggle in the qualifying and have had few problems in the group stage over the years too, remaining unbeaten in the last 15 World Cup group fixtures their last defeat coming back in a 2-1 loss to Norway. The South American nation's last defeat came to a slender 1-0 loss to South American counterparts Argentina in the Copa 2021 final. They have not suffered a defeat in any competition since then.

There is hope that Serbia can finally advance past the group stage for the first time in Qatar after losing in the group stage at each of their previous three World Cup finals since achieving independence in 1990. They are ranked 25th in the world by FIFA and they impressed in the UEFA qualifying after topping their group with six wins and two draws including a 2-1 triumph over Portugal in their final match.

Form on European soil has been impressive, but transferring that onto the global stage is another uphill task altogether that Serbia now face. They could not begin their World Cup campaign against a more daunting prospect than five-time world champions Brazil. The nation has lost seven of their nine World Cup matches in total, which is just one less than Australia's unwanted record. A resilient performance is required if they are even to pull a draw against one of the 2022 Qatar FIFA World Cup's finest side tonight at the Lusail Stadium.