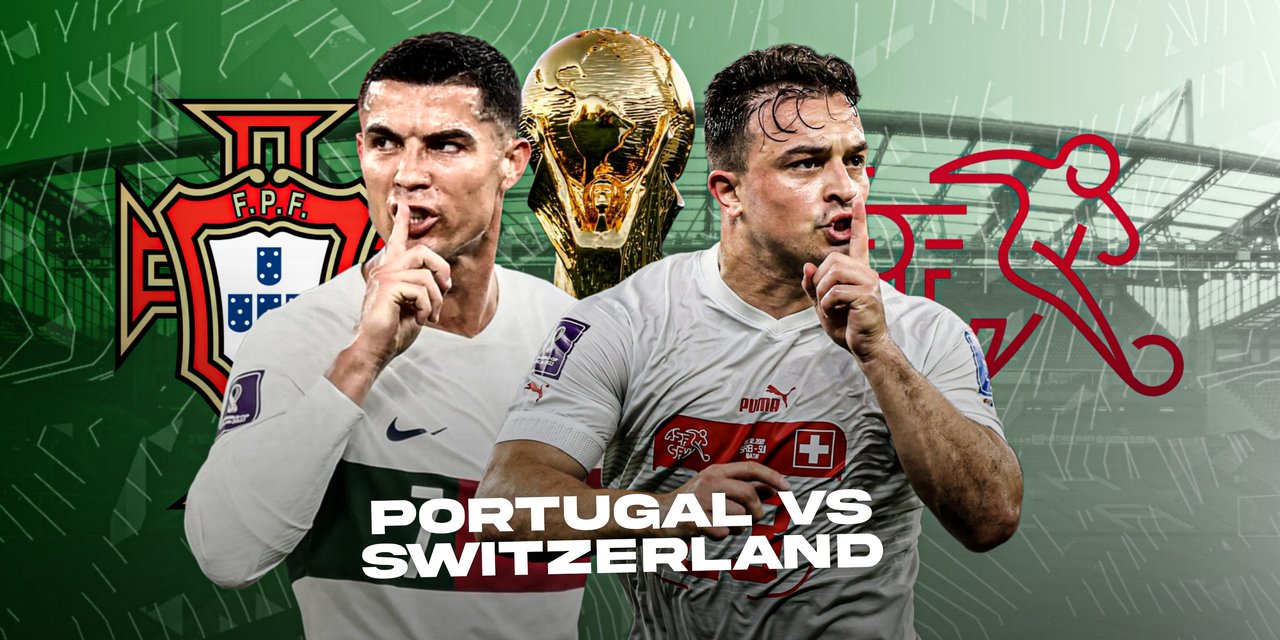 Cristiano Ronaldo's Portugal side will be looking to seal a spot in the quarter finals of the world cup competitions as they face Switzerland tonight at the Lusail Stadium.

At Lusail Stadium tonight, Group H champion Portugal will take against Group G's runner-up Switzerland after both teams advanced to the World Cup's knockout round with two victories out of three. In one of just two all-European ties amid a diverse last 16, two teams who experienced very different fortunes in their final group fixtures contest a precious place in the quarter-finals. A successful start to their Qatar 2022 campaign left Portugal needing just a point in the final round of group matches to be certain of finishing first, and qualification for the knockout stages had already been assured. However, they suffered a setback when South Korea beat them at the last minute to deny them the three points. Despite that, Uruguay's victory over Ghana sealed Portugal's progress as Group H top dogs, and they now seek to successfully negotiate the last 16 for the first time since 2006, when they ultimately finished fourth in Germany.

Having seen his side start their World Cup by beating Ghana 3-2 and then adding a 2-0 win against Uruguay last Monday when Bruno Fernandes found the net twice, Euro 2016 winner Santos can feasibly aim to break new ground this winter. Portugal finished in third place in the 1966 World Cup which was won by England and will be aiming to make it passed the semifinals stage of the competition for the first time ever. Indeed, two of their last three campaigns ended in the first knockout round including the past 2018 Russia World Cup. Superstar Cristiano Ronaldo has said repeatedly that he wishes to be the one to checkmate Messi and his team will first have to reach the final match if that were to actually come true.

Switzerland won their game against Serbia and Cameroon and were only beaten by the tournament's favourites Brazil in their group-stage matches. In fact, it took a hard-fought 3-2 victory over Serbia in the sides' fiery encounter at Stadium 974 - during which 11 players were booked by the referee - to seal progress to the last 16. They won thanks to goals from Breel Embolo, Remo Freuler, and first-goal scorer Xherdan Shaqiri, who celebrated by silencing the Serbian crowd who booed him with his every touch. Granit Xhaka narrowly avoided getting sent off at the end of the goal entertaining match.

The Swiss have never before won three matches at a single World Cup finals and have failed to reach the quarter-finals in their past seven attempts. But only 90 minutes plus perhaps a little more separate the Swiss from such a feat this year. Not since they hosted the World Cup in 1954 have Switzerland reached the last eight, but having seen off neighbours and reigning world champions France to make the quarters at last year's Euros, a squad well-versed in the ebbs and flows of knockout football will surely fancy their chances on Tuesday.

Prediction: Portugal will win the game with a one-goal margin, but they will have to wait for extra time to seal the victory.