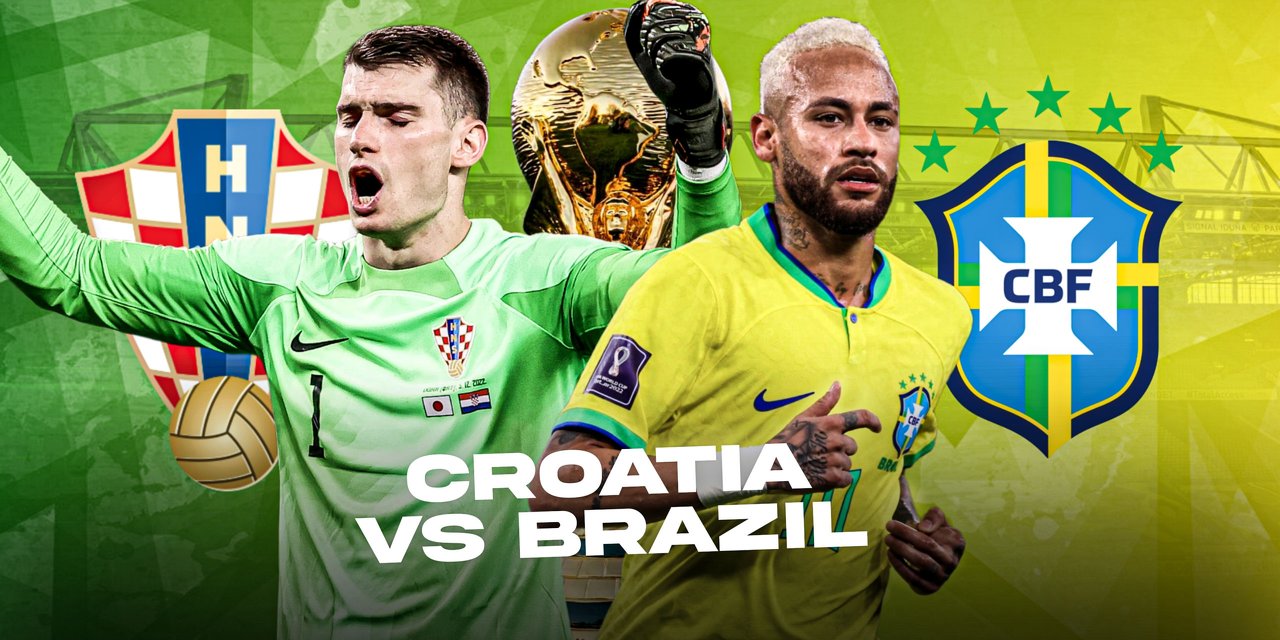 Croatia and Brazil square off against each other to book a place in the final four after having overcome an Asian team in the round of 16 at the FIFA World Cup 2022.

Croatia come into this game on the back of a penalty shootout victory over Japan, in a goalless draw. Croatia have made it to the final four of the tournament each time they have managed to progress past the group stages, however, their record against Brazil is not great, having not registered a win in the last 4 meetings. After Ivan Perisic cancelled out a first-half strike from Daizen Maeda, the two nations were forced into extra time and then penalties, but the Checkered Ones prevailed in the shootout with goalkeeper Dominik Livakovic saving three of Japan's four spot kicks to help Zlatko Dalic's side book their place in the last eight. Croatia are no strangers to drama at the highest level of international football, as they have been taken to extra time in seven of their last eight knockout matches at major tournaments since finishing third at their first World Cup finals back in 1998.
Four of Croatia's last five knockout matches at the World Cup have gone to extra time and three of which have seen the Checkered Ones triumph on penalties – a 4-2 defeat to France in the 2018 final is the only time during this run that a knockout game involving Croatia was decided in 90 minutes.

The Brazilian flair and swagger that football fans across the globe are accustomed to when watching the five-time world champions was on show on Monday, as Tite's side sambaed their way into the quarter-finals courtesy of a 4-1 victory over South Korea in the last 16. The Selecao raced into a four-goal lead within the first 36 minutes with Vinicius Junior, Neymar, Richarlison and Lucas Paqueta all on the scoresheet, before a stunning consolation strike from Paik Seung-ho gave the South Korean supporters something to cheer in the final 15 minutes. Richarlison had already scored a goal-of-the-tournament contender with an acrobatic effort in the group stage, but he now has another to his name after finishing off an outrageously skilful team goal that epitomises Brazilian football and proves why Tite's side have the credentials to go all the way in Qatar. Brazil are oozing confidence at present and they are now preparing for their seventh successive World Cup quarter-final, but they will be wary of their recent record at this stage of the competition. The Selecao have been knocked out at the quarter-final stage in three of the last four World Cups, losing to European trio France, Netherlands and Belgium in 2006, 2010 and 2018 respectively. Since beating Germany 2-0 in the 2002 World Cup final, Brazil have lost each of their last five knockout matches against European nations in the competition. However, the Selecao have never lost in four previous meetings with Croatia, while the 1-0 group-stage loss to Cameroon last week is their only defeat in their last 19 internationals which bodes well heading into Friday's clash.