Qatar FIFA World Cup: England vs France; which heavyweight will make it to the last 4 tonight? 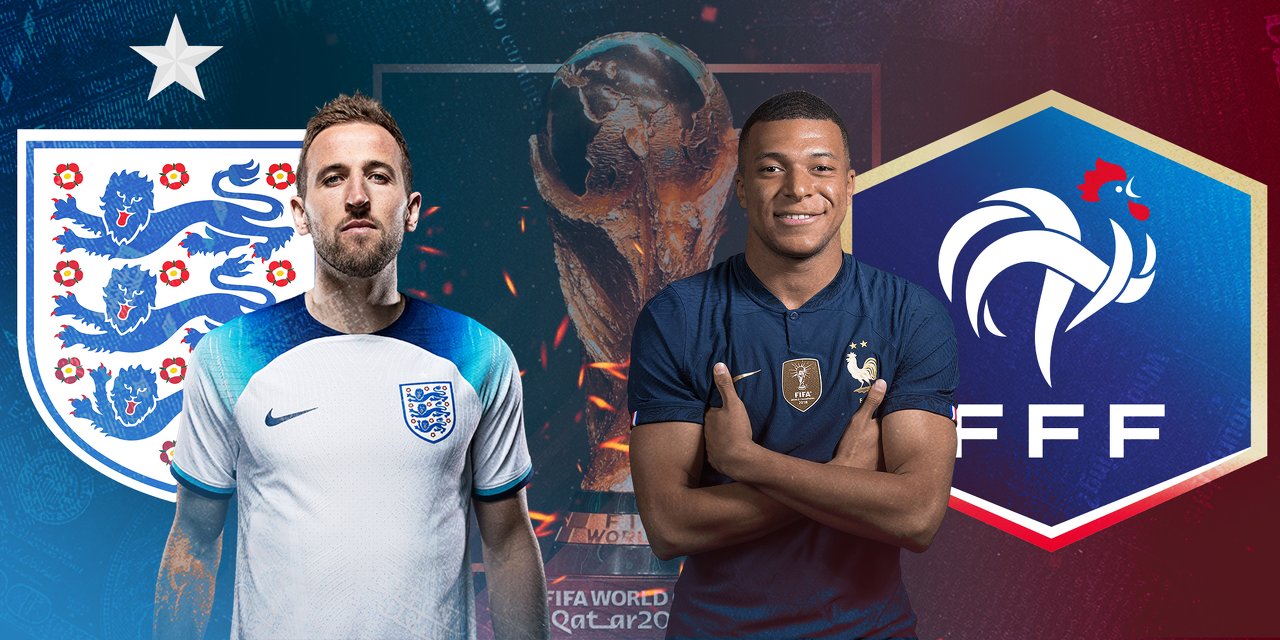 England face a tough test ahead of them as they go head to head with France who are determined to win a second successive world cup title.

England battle France in their world cup quarter-finals at the Al Bayt Stadium in what will be the most hotly contested match for the semifinal spot save for the match between the Netherlands vs Argentina yesterday. England put three past Senegal in the first half to overcome the AFCON champions and make their way to the quarters while France crashed Poland 3-1 o keep their hopes of back-to-back titles alive. An error-strewn England team looked the most likely to concede in the early stages against Senegal, who did not allow England a second to breathe with their effective pressing, but the tide soon turned when 19-year-old Jude Bellingham took the game by the scruff of the neck.

Southgate was pleased to see his team show a streak of "ruthlessness" in a match where a below-par start led to a familiar sense of dread. A semifinal between Morocco or Portugal awaits them if the Three Lions can send the defending champions packing. However, England has a history of losing in the quarterfinals; they were eliminated at this stage in 1954, 1962, 1970, 1986, 2002, and 2006 tournaments, and six of their previous eight World Cup exits have involved opponents from the same continent. England is in terrific shape after going three games without conceding a goal at the World Cup, and Southgate may potentially become the first Three Lions manager to take his team to more than one semi-final, but the most formidable of tough opponents lies in their way.

Olivier Giroud's 52nd goal was enough to propel the AC Milan forward to the top of the France charts as France showed a clinical edge that Robert Lewandowski's Poland had no answer for, while Harry Kane scored his 52nd goal to move closer to the England record. Giroud scored the game's first goal, moving the 36-year-old ahead of Thierry Henry at the top of the men's goalscoring chart. Mbappe then secured the win by scoring two more goals before Lewandowski's penalty gave Poland a late consolation. France have now reached the quarter-finals of the World Cup in five of the last seven editions - including each of their last three and now England lies on their way to claiming a back-to-back world cup title, a feat only achieved by Brazil so far.

Prediction: The game will end in a draw and the winner will be decided at extra time.