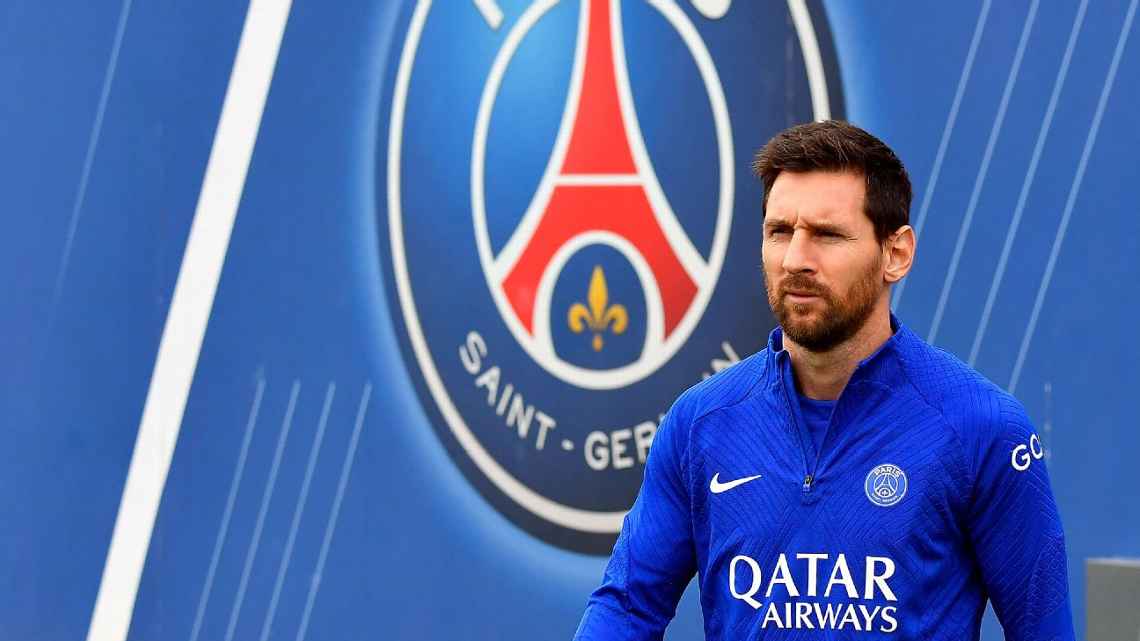 Messi has set his sight at the height of his career's success which is winning the World Cup and he is fully focused on achieving top objectives for his nation and club.

Numbers don't lie! and the statistics are showing us that in the top five European Leagues, Messi is the player with the most successful dribbles. In short, Messi is back and the stats show it. His performances show it, too, with three goals and seven assists already and 22 chances created in just seven Ligue 1 matches. His body language also suggests that he is happy with his football, his team, and his stay in Paris. His contrast with last season is quite strong. He is now getting back to the Messi that the world knows as Messi. This season is very different. At 35, he will never be the Messi that he was a decade ago, as you'd expect, but he's certainly playing at a level that's close to his best.

Download Tips App
On Saturday, against Brest, in a match that saw PSG looking sluggish and average, Messi was the only one making things happen. One thing that was worthy of his career highlight reel was his magnificent pass for Neymar. The dynamic is real, and the Argentine is enjoying himself again. Last season was a struggle for him because of the obvious reasons for changing clubs from Barcelona to Paris Saint Germain after spending nearly two decades in Catalonia. In addition to assimilating at a new club, with a new manager and new teammates, there were the personal elements of moving to a new country, starting a new life, scouting a new school for his children, and so on.

Messi really believes that he will win the World Cup with Argentina. It will be his final FIFA World Cup and he will be aiming at doing the best for his country and also at a personal level considering that Argentina last won the World Cup in the year 1986 and Messi has won every other possible trophy he can set his hands on except the FIFA World Cup. Since he made his debut for Argentina back in 2005, scoring 86 goals in 162 caps, this is probably his best chance of winning it. The Copa America triumph in 2021 lifted so much pressure off his shoulders as his first international trophy (aside from Olympic gold in 2008 with the Under-23s) and meant so much to him and to the whole country.

Everything Messi does now is geared toward his World Cup dream, and PSG are benefiting from it. The club is very happy with what Messi is showing and doing, according to sources. Things have been going well on and off the field ever since Messi returned from his summer vacation, which he returned early by the way, and made himself highly accessible to club sponsors during their preseason tour in Japan. His bosses at PSG know that if winning the World Cup drives him, winning the Champions League should have the same motivational effect over the second half of the season. Lifting the UEFA Champions League trophy for the fifth time is also a huge objective for him this season. The superstar reportedly feels that PSG have something special this year and that they can go all the way.