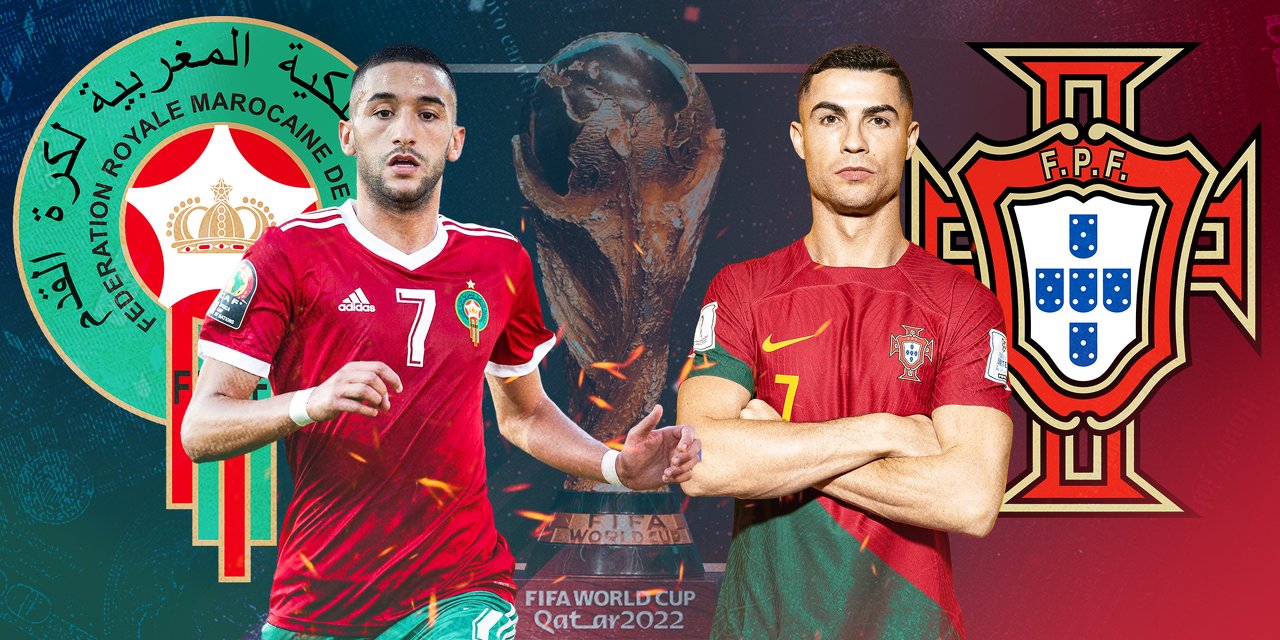 Morocco will be hoping to become the first African nation to go beyond the FIFA World Cup quarterfinals knockout stage when they face Portugal tonight.

As the world cup trophy comes closer into sight, Morocco will be hoping to achieve a feat never reached by an African nation before; to reach the quarter-finals of the FIFA World Cup competitions. The Atlas Lions held off Spain before eliminating the football giants in a dramatic penalty shootout that saw they advance to the last eight of the competition. Portugal on the other hand crashed Switzerland in a ruthless 6-1 victory, a feat that they will be hoping to replicate tonight against the only standing African team. Having battled hard to resist the Spanish 'death by a thousand passes' approach, Walid Regragui's side had sacrificed the bulk of possession to grind out a goalless draw and set the stage for a spectacular finale, during which goalkeeper Yassine Bounou saved two spot-kicks and joined Hakimi as an eternal icon in Rabat, Marrakech and beyond.

Morocco has now become the fourth African side to reach the quarterfinals of the world cup competition and are the first in 12 years after Ghana which was painfully eliminated on penalties by Uruguay in a game that was filled with many controversies the highlight of them being a Luis Suarez handball that denied the Black Stars a chance to advance to the semis on regular time. The Atlas Lions' only previous appearance in the last 16 came back in 1986, and Regragui's men have not only broken new ground for their nation but also the Arab world.

Rewarded for asserting his authority by benching Portugal's iconic captain, Fernando Santos enjoyed perhaps his greatest triumph since 2016's European Championship success this week, when Portugal stormed past Switzerland and into the last eight of Qatar 2022. A far more mobile and the proactive attack was the result of dropping aging superstar Cristiano Ronaldo, and his replacement - Benfica starlet Goncalo Ramos - was certainly up to the task of replacing the dethroned king. Having lashed home an unstoppable opener, the 21-year-old went on to complete a fairytale hat-trick in Portugal's 6-1 victory, and his was the first treble of the tournament - on his very first senior start.

Santos' team managed safe passage through the World Cup's opening round as Group H champions, and with three victories and 12 goals already, they may well hope they can now take the title for the very first time. This is despite a late slip-up against South Korea when they had already qualified.

Prediction: Portugal is likely to kill the game within the first 90 minutes.