Real Madrid vs Barcelona: Who will walk away with the El Clasico glory? 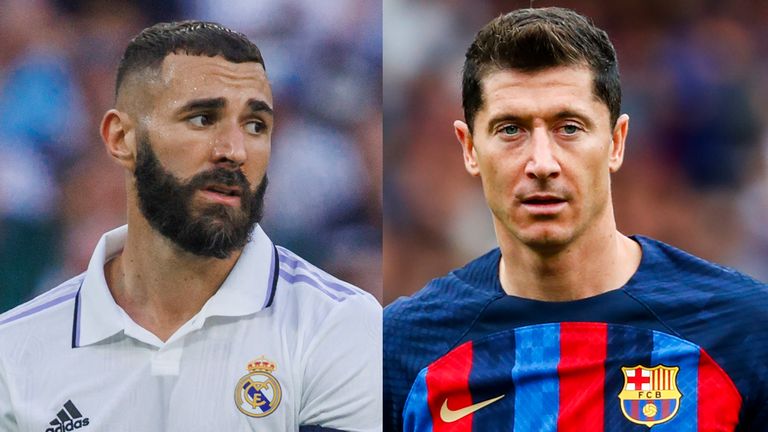 On Sunday afternoon, one of the biggest matches on the football schedule will take place at the Bernabeu as Real Madrid welcomes fierce rivals Barcelona for the most recent El Clasico.

In the first eight games of the 2022–23 La Liga season, both teams have accrued 22 points, although Barcelona is ahead of Real Madrid due to their superior goal difference. Real Madrid proved to be far too strong for Barcelona and indeed the rest of the competition in LaLiga last term, ultimately finishing 13 points clear of the Catalan giants at the summit, but it does appear that this season's title race will be a lot closer. Both Carlos Ancelotti's side and Xavi Hernandes's side have won 7 games and drawn 1 collecting 22 points out of the possible 24 showing the level that will be required to finish at the summit of the 2022-23 LaLiga table.

Osasuna are the team credited with denying Real Madrid 2 crucial points as they held them to a draw as they took the advantage of the motivation from their wild fans at home grounds. Madrid, however, went back to winning ways beating Getafe 1-0 before being held to a 1-1 draw by Shakhtar Donetsk during the week in the UEFA Champions League competition. Carlo Ancelotti admitted that he was disappointed at how his team performed in the European affair although the point was enough to book them a spot in the knockout stages of the UCL. The Los Blancos will play another five times in the month facing Barcelona, Elche, Sevilla, and Girona in the LaLiga and will take on Bundesliga side RB Leipzig in the Champions League.

The Los Blancos have ended up victorious in four of their last five fixtures against the Catalan giants their most recent defeat being the last El Clasico meeting where Barcelona crashed them 4-0 at the Santiago Bernabeu. While their bitter rivals have already qualified for the knockout round of the UCL, the giants of Catalonia face a serious threat of not being able to make it passed the group stages for the second season in a row. Barcelona drew 3-3 with Serie A giants Inter Milan on Wednesday night leaving them third in Group C. They are now three points behind second-placed Inter Milan who only need to beat Viktoria Plezn the next time they meet to ensure that they are in the round of 16 alongside group leaders Bayern Munich.

Barcelona's UEFA Champions League run has not been the best but they are breathing fire in the LaLiga having only dropped points in their goalless draw against Rayo  Vallecano on match day 1. Xavi's side have then moved to be victorious in each of their last seven games beating Real Sociedad, Valladolid, Sevilla, Cadiz, Elche, Mallorca, and Celta Vigo. They have scored 20 goals in the campaign and conceded just 1. Although they are having an excellent start to the LaLiga season, the Catalan giants have not actually won the league ever since the 2018-19 campaign which is incredible considering that their full focus is put on the league when they are eliminated along the way in the UCL.

This weekend won't determine who wins the league, but a win for either team would boost morale relatively early in the season.