Pierre-Emerick Aubameyang: Gets beaten and robbed at his Barcelona home 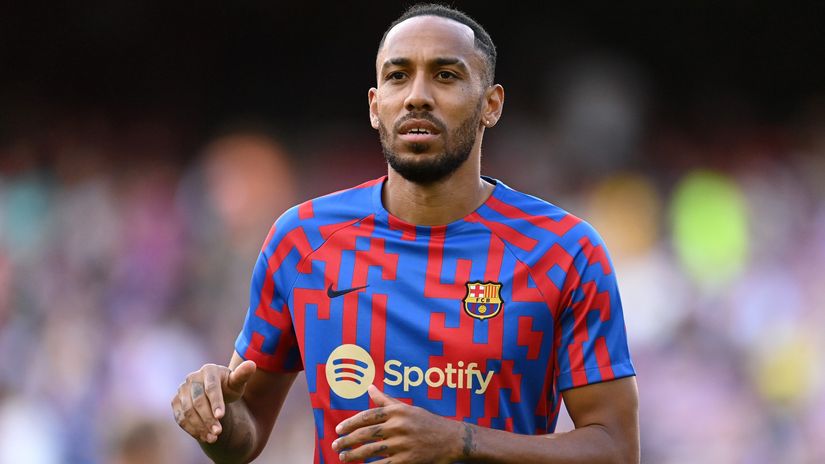 In the early hours of Monday morning, Barcelona forward Pierre Emerick Aubameyang was a victim of a violent armed robbery in his house according to a report by the Spanish media. Several armed men (at least four) broke into his home and beat him in front of his wife Alysha Behague. Apparently, they threatened him with firearms and iron bars, and then escaped with jewels after gaining access to the player's safe. Behague quickly alerted the Spanish police as the criminals escaped in a white Audi. The police are now searching for the culprits. The incident comes amidst Aubameyang linked move to Premier League side Chelsea. He left Arsenal just seven months ago after he had fallen out with his manager Mikel Arteta over disciplinary breaches.

Aubameyang is known for driving flashy sports cars and showing off his jewelry and designer brands. Earlier this month, Barcelona striker Robert Lewandowski had his £59,000 watch stolen outside the club’s training ground whilst he signed autographs for supporters. Last year, Barcelona’s 19-year-old winger Ansu Fati had his house broken into while he watched the team play at Camp Nou. Some of the player’s family were still in the house while the thieves broke in and stole money, jewellery, and watches. n 2018, the house owned by Barcelona left-back Jordi Alba was also targeted by thieves, who entered the property whilst his family were inside.

Aubameyang's break-in saga comes after former Manchester United star Paul Pogba claimed he was the victim of an 11 million Euros blackmail plot by a gang who dragged him to an apartment in Paris and threatened him with assault rifles. The 29-year-old, who has won the World Cup with France, said the men wanted the money for 'protection services' stretching back 13 years, including for the time he spent in Manchester. Pogba claims two armed men said they 'protected him discreetly' during a period that spanned more than a decade, including during two spells at Manchester United, the last of which ended earlier this year. The Frenchman said the gang had been threatening him for four months.