Qatar FIFA World Cup: Portugal vs Ghana; All eyes on the Black Stars as they fly the African flag high 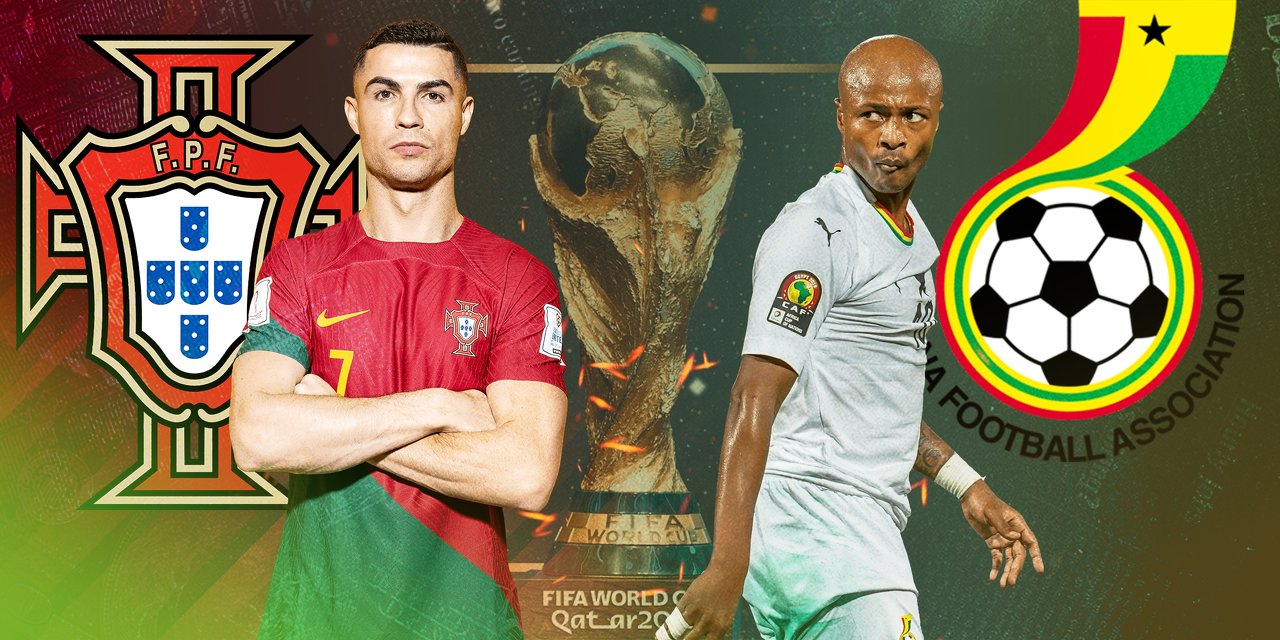 Portugal and Ghana are not total strangers to one another at this level of football, as Ronaldo secured a 2-1 win for A Selecao versus the Black Stars at the 2014 World Cup, and a similar contribution here would aid his efforts to make headlines for the right reasons again.

Seeking to divert attention away from the never-ending Cristiano Ronaldo saga, Portugal begin another quest for international stardom when they meet Ghana in their World Cup 2022 Group H opener at Doha's Stadium 974 on Thursday. Despite being a well-known footballing nation, Portugal has only ever advanced to the World Cup semifinals twice, in 1966 and 2006, and they haven't advanced past the round of 16 in four of their last five competitions. The Selecao lost to fellow Group H rivals Uruguay in the round of 16 at the World Cup finals four years ago, and although thrashing Nigeria 4-0 in a friendly last Thursday, they have only managed a pitiful three victories in their last 11 games. Santos's team has struggled to win any of their last three opening games on the biggest international stage, so fast starts have not been a theme for Portugal at the World Cup. Ghana will need to put on their best shooting boots if they hope to get past a Portuguese defense that has only allowed two goals in their last seven games.

Following a brief absence from the World Cup in 2018, Ghana is back where they belong and already has their sights set on sweet vengeance in Group H. Uruguayan villain Luis Suarez has been waiting patiently for 12 years after channeling his inner goalkeeper to keep the Black Stars from making it to the semifinals. Ghana is getting up for its fourth World Cup appearance since 2006, and the African nation has only been eliminated in the group stage once before. On December 2, the two sides will resume hostilities. Though Santos's team has lost each of their last three opening games on the grandest stage, fast starts have not been a motif for Portugal at the World Cup. But that unfortunate exit came in their most recent trip in 2014, where they were eliminated without a victory. Earlier this year, before Otto Addo took over, the Black Stars had lost all three of their games at the Africa Cup of Nations. Results since the summer have caught the eye, though, as Ghana enter the World Cup having won seven of their last eight matches in all competitions - keeping clean sheets in all of those victories and only suffering defeat to Brazil during that run - and they impressively overcame Switzerland 2-0 in a friendly last week.

It will be a tough battle for the black stars but they are the favorites to secure a win against Portugal in their first game in the 2022 FIFA WORLD CUP Scores: Portugal 1 vs Ghana 2