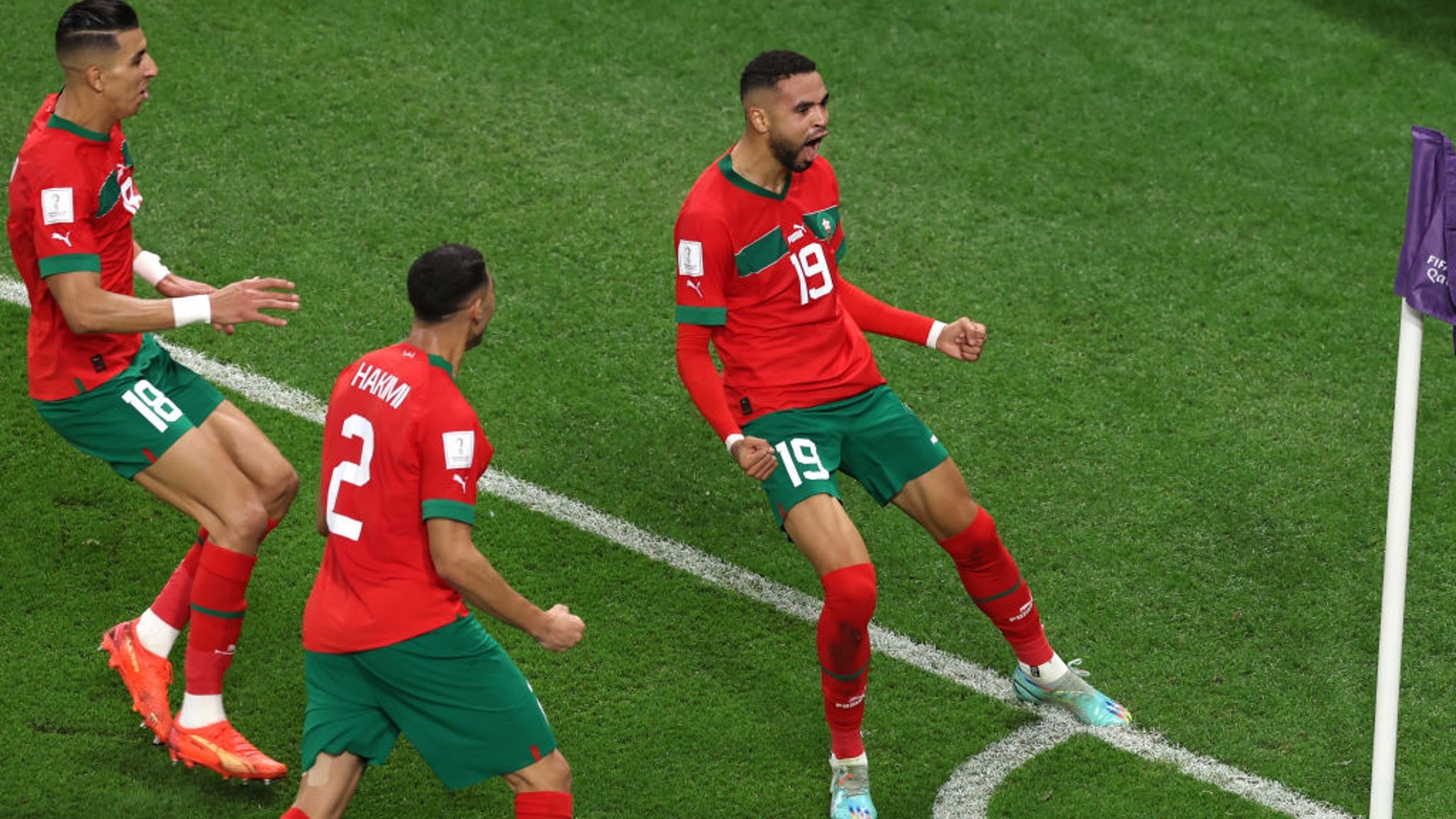 The North African nation have made history as the first African & Arab nation to advance to the FIFA World Cup semifinals.

Morocco became the first African nation to reach the World Cup semi-finals as Youssef En-Nesyri's first-half goal sealed a tense 1-0 victory over Portugal on Saturday at Al Thumama Stadium. Morocco, also the first Arab team to make the last four, added Portugal to their list of European scalps with a resolute second-half performance. After making an ineffective appearance as a second-half replacement and failing to net his first knockout-round goal in the tournament, Cristiano Ronaldo most likely played his final World Cup game.

En-header Nesyri gave Morocco the lead in the 42nd minute as they came on strong late in the first period. Portugal piled on the pressure after the break but an injury-hit Morocco, without three of their four first-choice defenders once skipper Romain Saiss was forced off, hung on despite being reduced to 10 men in added time. Although Portugal struggled to generate many clear-cut chances as they lost a World Cup quarterfinal for the first time, the North Africans surely received some assistance from the partisan crowd in pulling off the victory.

Five-time Ballon d'Or winner Ronaldo was sent on early in the second half by coach Fernando Santos but could not rescue the Euro 2016 winners.
Instead, it was another famous day for Morocco, after previous upset wins over Belgium and Spain, on penalties, in Qatar. Morocco will face England or holders France in the semi-finals at Al Bayt Stadium on Wednesday. Morocco will believe they can topple either of those sides, having still only conceded once at this World Cup.

The first half-hour saw Portugal have the majority of the possession, but neither team came close to scoring until Joao Felix's diving header in the fifth minute, which Yassine Bounou saved. Morocco will now write their names into history books as the first African nation to advance to the world cup semifinals and at the same time the first Arab country to make it to the world cup last four. What a feat they have achieved today!