Qatar FIFA World Cup: Netherlands vs Argentina; who will advance to the semis? 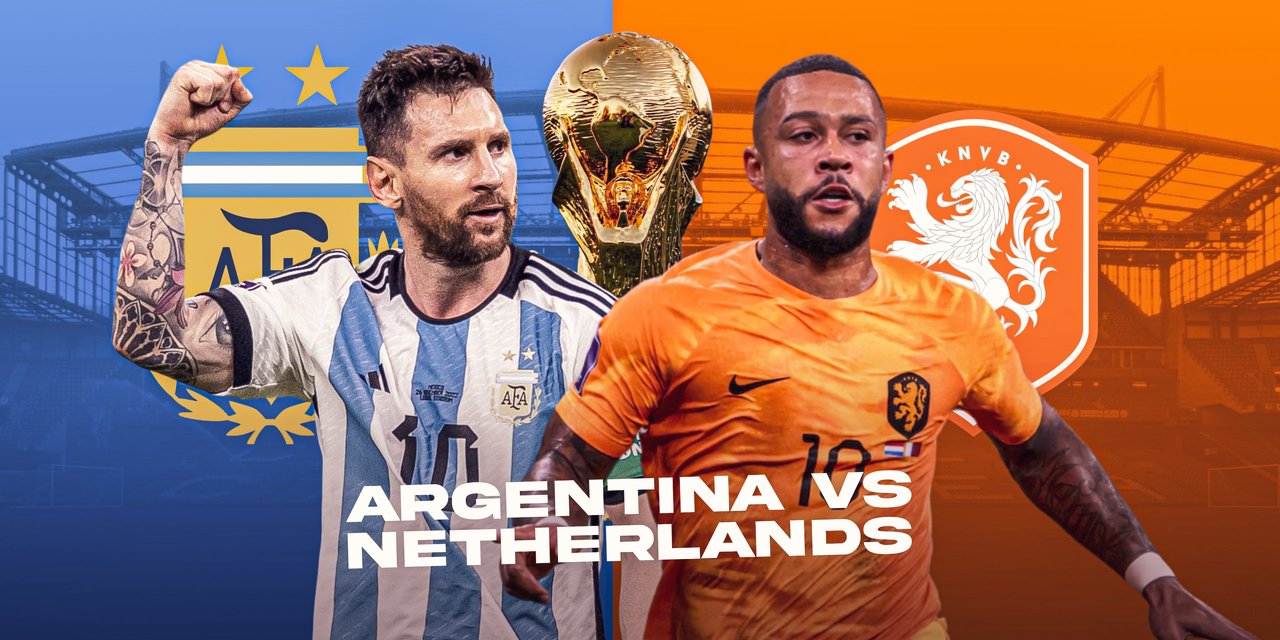 The South American best meets one of the European best in what will be a do or die battle for a spot in the semifinals of the Qatar FIFA World Cup competitions.

A mouthwatering World Cup 2022 quarter-final that promises goals takes place at the Lusail Iconic Stadium on Friday evening, as the Netherlands do battle with Argentina. The South American champions defeated Australia 2-1 to maintain their chances of winning the tournament while Louis van Gaal's team defeated the USA 3-1 to secure their place in the quarter-finals.  Van Gaal did little to justify his claims that the Netherlands were not a "boring" side when the USA put them under the cosh in the opening exchanges, but Oranje sure did teach their American counterparts a lesson in ruthlessness to make the quarter-finals for the third time in a row.

The Netherlands have now reached the last eight in four of their last five world cups. They reached the finals in the 2010 world cup where they lost to Spain and in the Brazil 2014 world cup, they lost on penalties to Argentina in the semifinals and were forced to settle in third place after beating Brazil in the playoffs. Not since 1994 have the 2010 runners-up failed to win a quarter-final match at the World Cup, and the Netherlands' unbeaten streak in all competitions now stands at a whopping 19 matches, but something has to give when two attacking heavyweights battle for supremacy.

The script had been written for Lionel Messi to end his knockout hoodoo in his 1,000th career match, and the seven-time Ballon d'Or winner finally scored his first non-group stage World Cup goal in trademark Messi fashion against Australia, who did not go down waving the white flag. The PSG star found the back of the net to put Argentina in the lead before Julian Alvarez made it a double. In the dying minutes of the game, Australia almost did the unthinkable but Emiliano Martinez was up to the task and made a vital save to seal Argentina's spot in the last eight of the competition.

Argentina most recently progressed from the quarter-finals in 2014 when they finished as runners-up after suffering a last-minute extra-time goal from Germany. They were eliminated by France in the round of 16 of the 2018 Russia world cup. Argentina before 2014 had lost their last three ties in the last eight in 1998, 2006, and 2010, and their hopes of glory have ended at the hands of European teams nine times since the inaugural 1930 world cup. Therefore, history does not favor Lionel Scaloni's men, but a good run of being beaten only in one game in more than 35 matches does. Superstar Lionel Messi will be essential in the Argentines' attempt to end a barren streak in previous meetings with the Dutch.

The game will end in a 0-0 draw in regular time but Argentina will score a winner in the extra time of the match.