Divided by nation, united by club: Who will lift the FIFA World Cup? Messi or Mbappe? 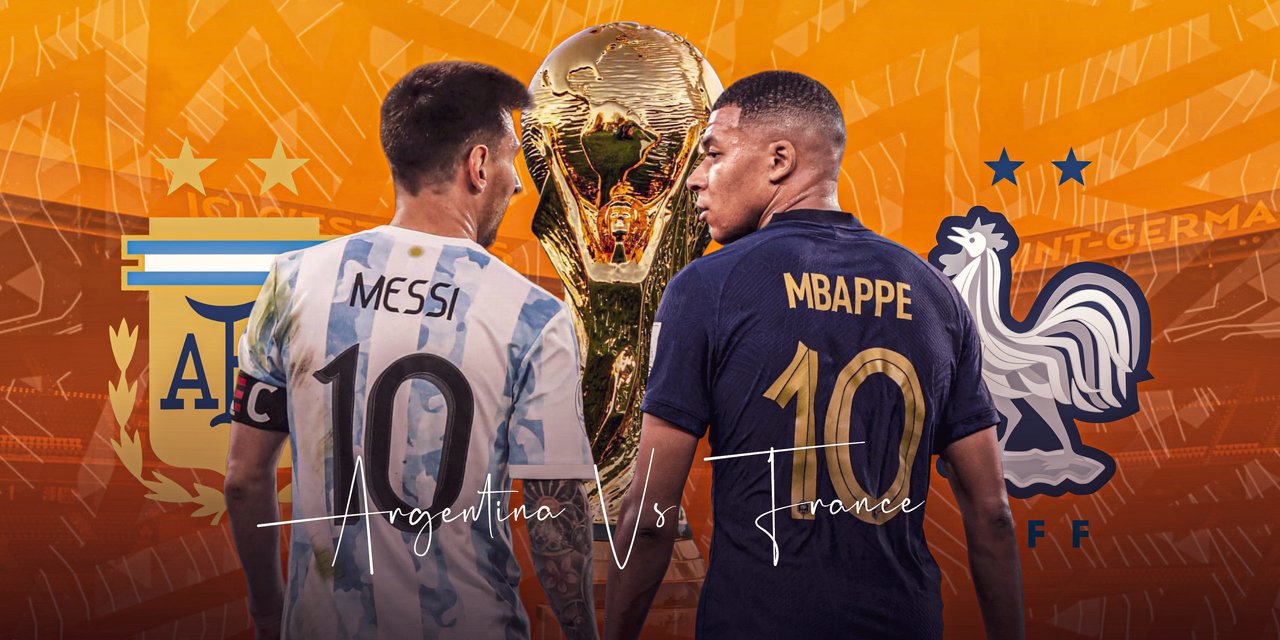 The stage is set for the final dance in Qatar as Argentina take on defending champions France at the Lusail Iconic Stadium.

The Lusail Iconic stadium will play host to a thrilling encounter as France plays Argentina in the Qatar 2022 FIFA World Cup final as they aim to win a back-to-back World Cup title, a feat only previously achieved by Brazil in the 1958 and 1962 editions. France will step out onto the Lusail turf as the first holders in 24 years to participate in the final, which they booked their tickets for courtesy of a 2-0 win over African trailblazers Morocco in the semi-finals. Argentina on the other hand denied Croatia a chance to appear in their second successive final when they thrashed them 3-0 at the Lusail Stadium in their semi-final match that saw their star man Lionel Messi score and make an assist.

Lionel Messi is arguably the greatest player to have ever played the beautiful game of football and he goes into this final match under pressure to deliver the world cup trophy to the South American nation that last experienced global glory in the year 1986 when Diego Maradona was their main man. Messi not only shoulders the burden of his countrymen but also that of his worldwide fan base who are all expecting him to lift the most coveted sports trophy tonight. If the odds will be in his favour, then the Qatar 2022 FIFA World Cup will go down in history as the Messi World Cup. The seven-time Ballon d'Or winner has ticked nearly every box that there is to be ticked on his footballing checklist, except for the big one, and the script-writers are already busy drafting the act of Messi lifting the iconic trophy aloft in what will be his farewell World Cup match. But for the superstar to achieve this accolade, he will have to battle it out with his PSG teammate and France's star player Kylian Mbappe.

As the Qatar World Cup comes to an end, fans will fondly remember it for its perennial ability to produce shock after shock. No single national team topped their world cup group with 9 points indicating how tough the competition has been and credit is given to the teams that have made it to the final match. However issues of treatment of migrant workers and other human rights concerns in addition to the controversy surrounding the awarding of Qatar as the host nation of the 2022 World Cup threat to overshadow a continental showpiece that even Sepp Blatter the former FIFA president admits should not have gone to the Gulf nation in the first place. Away from all the controversy, today is the day that the World will find out who will the next world champion for the next four years. Will it be Europe or South America? Will it be France or Argentina? Will it be Mbappe or Messi? The world anxiously awaits the reckoning moment at the Lusail Iconic Stadium to find out the answers to these questions.