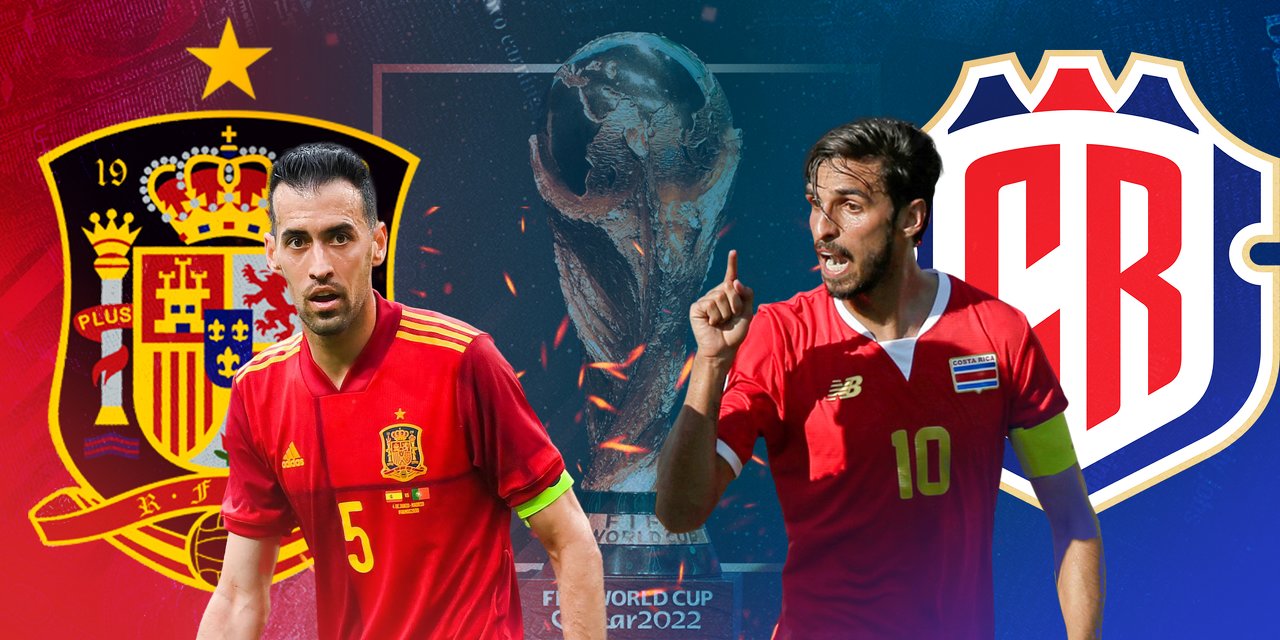 When Spain faces Costa Rica in their Group E opening on Wednesday afternoon, they will be aiming to get their World Cup campaign off to the best possible start.

Spain will be bidding to get their World Cup campaign off to the best possible start when they take on Costa Rica in their Group E opener on Wednesday afternoon. Spain have found it difficult to impress in their two World Cups since lifting the trophy in 2010, but Costa Rica reached the quarter-final stage of the 2014 competition, which is their best performance in the finals. Spain lifted the World Cup for the first time in 2010, and it was an extraordinary period for the national side, as they also won Euro 2008 and Euro 2012 during a period of utter domination.

There is no getting away from the fact that it has been a difficult few years for Spain by their own high standards, being eliminated in the group stage of the 2014 competition, losing two of their three matches in the finals, before exiting in the round of 16 last time out. Spain were beaten on penalties by hosts Russia in the round of 16 in 2018, but they reached the semi-finals of Euro 2020 and are certainly capable of making a serious impression in this tournament due to their quality. Spain will enter this game off the back of a 3-1 victory over Jordan on Thursday, which proved to be their first match since ending their UEFA Nations League campaign with a 1-0 win over Portugal at the end of September.

Costa Rica first competed in the finals of the World Cup back in 1990, reaching the round of 16, before being eliminated in the group stage of the tournament in both 2002 and 2006. Four years ago in Russia, the national side also went out in the group stage, but they famously reached the quarter-finals of the 2014 tournament, topping Group D ahead of Uruguay, Italy, and England before overcoming Greece on penalties in the first knockout round. Costa Rica then faced the Netherlands in the last eight of the competition, with Holland 4-3 winning on penalties following a goalless draw.

Head coach Luis Fernando Suarez will be managing in his third World Cup, having also led Ecuador and Honduras into the competition, and the 62-year-old was handed a new contract off the back of the 1-0 win over New Zealand in the intercontinental playoffs in June. Costa Rica were actually the last team to qualify for the World Cup, and while they are outsiders to advance to the next round, a positive result against Spain would lead them nicely into their clash with Japan on November 27. The match will be played at the Al Thumama Stadium.