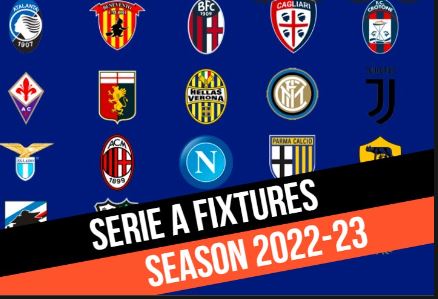 Sure Predictions Today and Tips including match results, both to score, and over and under 2.5 goals betting tips.

The Magician Mr Ken  is back with some sure predictions today and Tips including match results, both to score, and over and under 2.5 goals betting tips! Don't miss to download Our App for free daily football betting tips

PSG will look to cement top position in the standings when they take on Ajaccio in the Ligue 1 round 12. Les Parisiens recorded a hard-fought 1-0 win over their bitter rivals Olympique Marseille at the weekend, but it seems that they can still improve offensively. Defender Sergio Ramos is back from suspension, while both Presnel Kimpembe and Nuno Mendes are out of contention with injuries.

Olivier Pantaloni’s troops, on the other hand, aim to escape the relegation zone, and they are likely to leave their hearts on the field in Sunday’s clash. However, away win should be considered as Ajaccio were beaten by PSG in each of their last two meetings in all competitions. As for the home side, all Yoann Touzghar, Qazim Laci, Romain Hamouma, and Fernand Mayembo are out of contention with injuries, while fit-again midfielder Mickael Barreto is pushing for a start.

I'm backing PSG to win here being in some fine form at the moment and having more possession of the ball.

Ac Milan are currently sitting in 3rd place on the table having won 4 of their last 5 games and lost one. This season AC Milan have drawn the fewest home games in Serie A and  have not drawn a home game this season.

Monza are currently in 14th place on the table after their last defeat against Empoli. This season so far  Monza have not conceded 2 or more in their last 3 away games and are best in Serie A for both teams to not score games. So in this game, I am  tipping under 2.5 goals and an easy home win to AC Milan.

Atalanta and Lazio square off against each other at Gewiss Stadium in a highly-anticipated Serie A game. The Orobici aim to overtake Napoli in top position, and we are positive that they will adopt an attack-minded approach in Sunday’s showdown. A man to keep an eye on in the home team will be pacey forward Ademola Lookman, who managed to find the net in each of the last three league matches, while all Davide Zappacosta, Rafael Toloi, Juan Musso, and Duvan Zapata remain on the sidelines with injuries.

The Biancocelesti, on the other hand, have been in a fine form of late as well, with the team winning four of their last five league fixtures, and given their attacking potential, we believe that there is a big value in betting on both teams to score. Key attacker Ciro Immobile suffered an injury in a goalless draw with Udinese, with Pedro likely to step up.

So I expect few goals in the match and I am going for under 2.5 draw or both teams to score betting tip.

This is the biggest Serie A match of the weekend and both teams will be looking for a win.  Fiorentina who are currently sitting in 13th place on the table were made to battle for their point away at Lecce on Monday and that could put them in good stead for the visit of Inter this weekend. The Viola have not really got going yet this season but a draw against one of the top teams could kickstart the campaign.

Goals have been a problem for Vincenzo Italiano’s side, with Luka Jović unable to shine at the Stadio Artemio Franchi so far. The Serbian striker will be unavailable for this one though and that could give some of the other forward players a chance to stake a place.

Inter Milan  who are currently in the 7th place on the table will be looking to continue their winning streak after having won their last two games. This season Inter have scored in all away games  and also conceded in all away games. So I expect few goals in the match and I am going for under 2.5 draw or both teams to score betting tip.